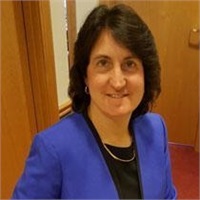 Director of Information Technology and Marketing

Lyse grew up in Woonsocket, Rhode Island, and now resides in Cumberland. She began her career in 1987 at Paul Revere Insurance Group in Worcester, MA, where she was a computer programmer and project manager. She was responsible for the industry leading claims benefits systems, which served both the individual and group disability lines of business. In 1997, she became a computer consultant for Fleet Bank. She joined Lepine Financial Advisors in 2016 and enjoys her role as technology director.

In 1991, she was inducted in the Bryant College Athletic Hall of Fame for cross-country and track, and in 2014 was also inducted into the Mount St. Charles Academy Athletic Hall of Fame. Lyse enjoys running, playing softball and basketball, coaching youth sports and being an active volunteer in her community. She is also a lifetime member of the Girl Scouts.